Members of the VMI Family,

In the statement below, Maj. Gen. Cedric Wins ’85, VMI interim superintendent, announces today’s relocation of the Stonewall Jackson statue to the New Market Civil War Museum and Battlefield. In his statement to cadets, family, faculty, staff, and alumni, he concluded, “Though change can sometimes be difficult, it is time for our beloved institution to move forward, to strengthen our unique system of education and training, and grow the leaders of tomorrow. Now, more than ever, our Commonwealth and our nation need the Virginia Military Institute.”

As representatives of the VMI Alumni Agencies, we thought we should share with the VMI alumni family in particular a few assurances of the process.

Following the work of other state colleges in response to the expectations of the legislature and in the scope of current events, it became evident that VMI would be called upon to objectively assess the contribution of symbology to the mission and vision of the Institute.

The prominence of the Stonewall Jackson statue—the centerpiece of the Parade Ground—may not be representative of Jackson’s relevance to VMI. Thomas “Stonewall” Jackson was a graduate of West Point and did not attend VMI. His national/international reputation was earned after his time at the Institute. Gen. Jackson was renowned for his prowess on the battlefield, not for his contribution to VMI during his few years as an instructor.

Regarding the decision on where to relocate the statue, Keith Gibson ’77, Director of the VMI Museum System, went on to say, “The relationship to Jackson and his military success make the property in New Market, the Virginia Museum of the Civil War and Battlefield, an appropriate place for the statue. More than 40,000 visitors annually will be able to see and learn of Stonewall Jackson’s life.”

In addition to its decision to move the Stonewall Jackson statue, the Board of Visitors created a Commemorations and Memorials Committee to thoughtfully review the appropriateness of historical tributes on post, as well as assess opportunities for commemorating 20th and 21st century achievements. The committee is comprised of board and non-board members, including representatives from the Alumni Agencies, the VMI Museum, the faculty, the Corps of Cadets, government relations, and 19th century historians. The committee will provide an initial report to the full board at its January meeting and welcomes input from alumni, faculty, cadets and their parents—as well as other interested parties—at smaconi@vmiaa.org.

In accordance with the VMI Board of Visitors’ 29 October directive, we have begun the process of relocating the Stonewall Jackson statue from in front of barracks to the Virginia Museum of the Civil War and New Market Battlefield State Historical Park.

It is an understatement to say the relocation of the statue has evoked strong opinions on both sides of the issue. The history of VMI over the past 181 years is well documented. Stonewall Jackson’s ties to Lexington and the Institute as an instructor are part of that history. As a general during the American Civil War who prosecuted many successful engagements in the Shenandoah Valley, his story will continue to be told at this new location.

VMI does not define itself by this statue and that is why this move is appropriate. We are defined by our unique system of education and the quality and character of the graduates the Institute produces. Our graduates embody the values of honor, respect, civility, self-discipline, and professionalism. This is how we will continue to be defined.

Virginia Military Institute has a long history of receiving young men and women from all walks of life, and instilling in them the values and skills necessary to be leaders of character who value service above self. While those values will endure, VMI is no stranger to change. Time and again over the past 181 years, the Institute has adapted and changed. Each time, we have become a better, stronger institution. Though change can sometimes be difficult, it is time for our beloved Institution to move forward, to strengthen our unique system of education and training, and grow the leaders of tomorrow. Now, more than ever, our Commonwealth and our nation need the Virginia Military Institute.

Virginia Military Institute began the process today of relocating the Stonewall Jackson statue from the front of barracks to the Virginia Museum of the Civil War and New Market Battlefield State Historical Park.

Contractors will remove the bronze statue today and spend the next several days repairing the stone pedestal before it is moved from its current location. The cost of relocating the statue is $209,000. These funds will be paid out of VMI’s facility maintenance and operations account.

Once all the parts have arrived in New Market, VMI personnel will work to install the statue in the roundabout in front of the Virginia Museum of the Civil War. The estimated completion is summer/fall 2021. VMI historian, Col. Keith Gibson ’77, says that this location provides important historical context to the statue.

“Though Jackson did not fight in the Battle of New Market, the Luray Gap of the Massanutten Mountain, which can be seen from the battlefield, played a strategic role in concealing his army’s movements against Union troops,” Gibson said. “How fitting it is for the statue of Stonewall Jackson to look out over the Luray Gap which played such an important part of his Shenandoah Valley Campaign of 1862.”

The Stonewall Jackson statue was given to VMI in 1912 by sculptor Sir Moses Ezekiel, Class of 1866, VMI’s first Jewish cadet and a veteran of the Battle of New Market. 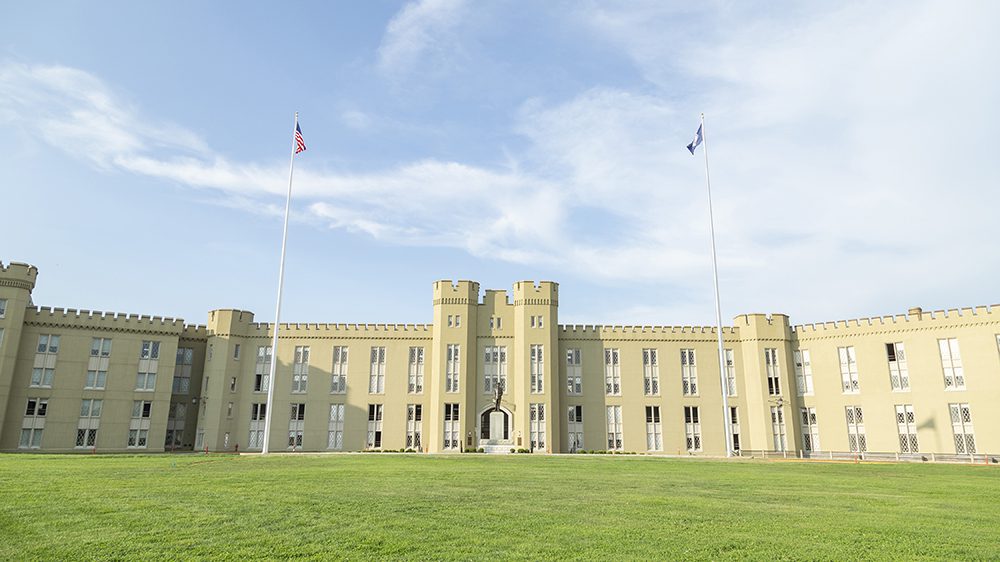