Papke, founder and owner of TO & FRO Activewear™ in Ada, Michigan, outlined five steps entrepreneurs and aspiring entrepreneurs could take to deal with the challenges of being an entrepreneur. These lessons – which she had formulated over several years – reflected her experience as a communications officer in the U.S. Marine Corps for seven years, a management trainee with General Electric’s aviation division and, since March 2018, as the owner and operator of a retail business. When she matriculated, Papke planned to become an engineer, in part because “I loved math.” That plan and her love of math did not survive contact with calculus in her 4th Class year, and she switched her major to psychology in her 3rd Class year. “I like math,” she said, “just not the math I needed for engineering.”

Her change of majors was not an indication that Papke shied away from challenges. Hardly. She pursued a commission in the Marine Corps and became the first female volunteer firefighter in Lexington, Virginia.

It was while she was working in the office at the Pentagon that concerned program development and budgeting for the Marine Corps – “A strange place for a communications officer,” she admits – that she began to form the idea for a business. A fitness enthusiast, Papke’s interest in finding clothes that fit her active lifestyle led to her to create a blog that evaluated clothes, shoes and accessories.

As she did so, it struck her just how limited were the offerings of many stores that sold fitness gear. “I thought it would be great to establish a store that would sell multiple brands,” said Papke. “But I was still in the Marines, so I put that dream on the back burner.”

She moved that dream to the front burner a few years later, after getting married; ending her service with the Marine Corps; moving to the Grand Rapids, Michigan, area; and starting a family. She had come to western Michigan to work for General Electric’s aviation division, training for engineering management in 2015. It soon struck her, however, that this career path was not for her.

“I began to ask myself: ‘If I had a store, what would I sell? What am I good at? What are the things I have been passionate about?’ It didn’t take long before I thought of my former blog and my knowledge of activewear.”

In March 2018, Papke and her husband, Brian, took the entrepreneurial plunge. He opened a restaurant, and she opened an activewear store. “I worked in retail a few summers while at VMI, but what I learned didn’t give me insight into how to manage a store, let alone run one.”

The confidence to do so came in part from her Marine Corps experience. “In the Marines, every job I had was completely different from the one I had previously. I had to learn from scratch and figure out what I had to do to be successful.”

And her store was successful. While on post in November, Papke told her VMI audience that one of the rules of being an entrepreneur she followed was recognizing opportunity. “Women live in a way that is incredibly active today. They might be working full-time or part-time or they are full-time mothers,” she said. “That can mean taking children to school or other activities, going to the grocery store, working out and meeting friends – often all in a morning or an afternoon. They want to be stylish and comfortable – and not need a full wardrobe change every two hours.”

“When I was in Marines, I resolved that everything I did should make wherever I was at least a little bit better. That means that everything in my store – clothes, sneakers, accessories, books – all of it is meant to help women be positive about themselves,” she continued.

For the next two years, things went well for TO & FRO Activewear™. The store gained a large local following and enjoyed excellent community relations. “We had a retail concept that hasn’t been seen often. Often, out-of-town customers and wholesale reps would say, ‘Oh, I wish we had a store like this in Chicago, Miami, Detroit or New York.’” Additionally, Papke was laying plans to manufacture her own activewear brand.

“Thanks to the support I’ve received from alumni and friends, my business – into which I have put my heart and soul – has a fighting chance."

Then COVID-19 happened. Papke admits to being somewhat surprised by the severity of its impact. “We have had a lot of global pandemics that, while initially threatening, never developed into anything like this one.” Michigan’s lockdown is one of the strictest in the country, which meant that she had to close her store’s doors.

Happily, she had been developing her store’s e-commerce abilities before the pandemic. “In the past,” she said, “we often get a lot of snow in late February and March. I was worried we’d lose revenue if another large snowstorm hit, so I started working on our e-commerce. I spent three weeks on it, often working until 3:00 a.m. It took a lot of time and money to build that presence – photography, domains, fees, packaging, et cetera – as well as building the site and testing and building our order fulfillment processes. I’m incredibly thankful for that head start.” One day, Papke spent 13 hours fulfilling orders in her shop after asking for alumni and others to help keep her store afloat.

Even with that head start and the decent e-commerce sales it meant, “it has been rough,” Papke said. “As entrepreneurs, neither my husband nor I are eligible for unemployment. My store has been denied for every grant we have applied for, and the paycheck protection program reached its capacity while our application was still pending.”

It was a conversation in early April that led Papke to apply another one of her rules for entrepreneurs. “One lesson I stress is to communicate with others, and that includes saying, ‘I need help.’”

“I was speaking with a friend who owns a studio gym,” she recalls. “We both were equally frustrated. I told her we needed to stop trying to be proud and be honest with our customers, friends and family. We fight so hard behind the scenes for our businesses, but our customers don’t know what we don’t tell them.”

So, she reached out to the VMI family through two alumni Facebook groups and her personal Facebook page.

“I was hoping that I’d get a few extra eyes on my website and enjoy three to five extra sales. Not only did they blow me away with sales, but they also started sharing my story. By the middle of April, I received more than 200 orders – many of them from alumni and their spouses. That was up to 300 by early May. Our store went from a serene retail environment to a busy fulfillment center that also offers curbside pickup and porch delivery. One day, I spent more than 13 hours fulfilling orders.”

Asked about the future of TO & FRO Activewear™, Papke responded, “Even after we can re-open, I assume that most people will still not feel comfortable venturing out. In response, we’ll likely roll out private shopping via online appointments to allow us to clean the store between customers. E-commerce, therefore, will still be incredibly important.”

“Developing our private label is now more important than ever, as some of our bestselling brands are also changing. In fact, one of our top three brands is stopping its wholesale program,” she continued. “We need to ensure that people remember us for high-quality gifts and customer service. For example, no matter how busy we have been, in every order, each item is meticulously wrapped and a handwritten note and sticker is enclosed. That makes each delivery feel much more special than receiving a package from a big-box retailer in which someone or a machine quickly tossed products into a box, shipped it off and called it a day.”

“Thanks to the support I’ve received from alumni and friends, my business – into which I have put my heart and soul – has a fighting chance. And, I’ll be doing everything I can to keep it going now and well into the future.” Do you own a small business that you'd like to feature? 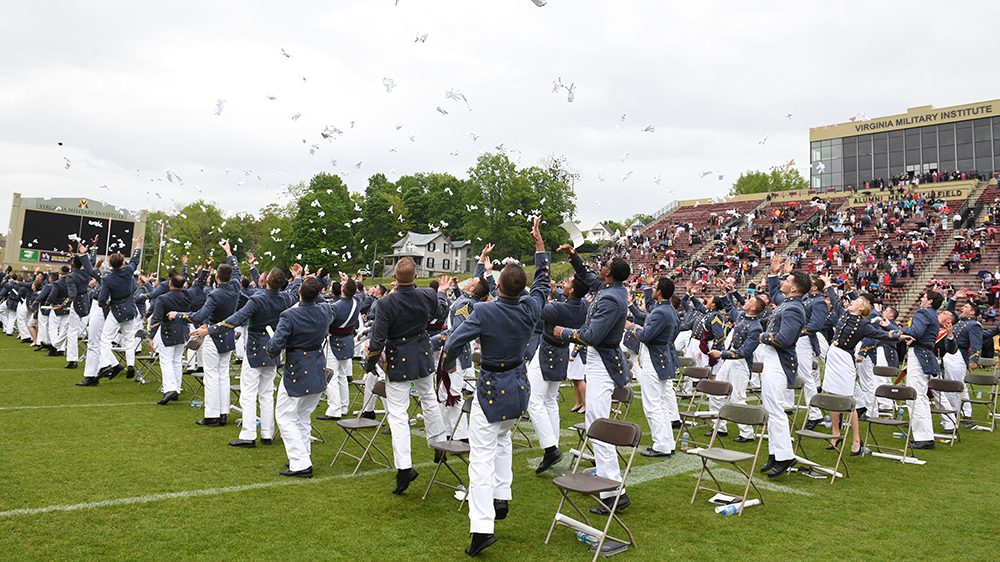