Author’s Note: In summer 2003, my 104-year-old grandmother passed away in northern New Jersey. I had a day to kill before the wake and funeral, and I headed to nearby New York City. My wife and daughter were with me, and to help cheer me up, we headed to an antiquarian bookshop in Harlem on 125th Street. As I perused the shelves, I saw a book by John Sergeant Wise ’866.

John Sergeant Wise ’866 was born in Brazil following his father Henry’s appointment as U.S. minister to Brazil by President Tyler. His father settled in the Eastern Shore where Virginia Gov. Ralph Northam ’81 is from. Wise was privately tutored prior to his admittance to the VMI at age 15 in September 1862. One of the first cadets he met was Benjamin Colonna ’864 (cadet captain, Company D at New Market) who called Wise “Mr. Rat.” Wise later described his experiences as a rat as dealing with “several strange, saucy, and piratical-looking Hessians [who] had their eyes on me.” He was rescued from those upperclassmen by his cousin, Louis Wise ’865, who was a 3rd Class cadet. Louis also took Wise uptown for cider and cakes and a forbidden visit to the cadet bakery. Wise described the “sensation of disobeying orders was rather pleasant.” The following year, Wise stood guard over the remains of Stonewall Jackson, who died from his wounds at Chancellorsville. Among his roommates was Jack Stanard ’867, later to die at New Market.

By 1864, many cadets were leaving the Institute to join the fighting. Wise’s father had forbidden him to resign, and rumors were abound that the cadets would join the fight as Wise hoped. On May 10, the Corps headed north with Wise now a cadet corporal. His orders were to guard the baggage wagon with three other cadets. Wise recounted that he gave an oration to his fellow cadets that convinced them to leave the wagon with a driver and rejoin the Corps. Of the four cadets, one was killed and two wounded in the upcoming battle. As the small group rejoined the Corps, they soon heard Col. Shipp ’859, their commander, order double-time, and they broke into a trot. John heard a sound “like thunder” and “I knew no more.” An artillery round had exploded just in front of him and when he woke up it was pouring rain. He had his head sewn up and bandaged, and he tried to help his wounded comrades. After the battle of New Market, the Confederate veterans no longer made fun of the cadets, and Wise recounted, “We had fairly won our spurs.” He came across three dead cadets, and a fourth was his roommate and friend, Stanard. He had just died, and his body was still warm. The next day, Wise helped bury his friend and the other cadets before starting the march back to VMI.

After the battle of New Market, the Confederate veterans no longer made fun of the cadets, and Wise recounted, “We had fairly won our spurs.”

After New Market, Wise evacuated Lexington to avoid Hunter’s Raid, and the Corps took up a battle position outside Lynchburg with Gen. Early’s division. Hunter never came and retreated back down the valley. Wise returned with the Corps to Lexington. “Nothing worth having was left of the VMI.” He was sad and couldn’t visit the place. The Corps was given a furlough, and Wise used it to join his father’s command in Petersburg. He was commissioned a second lieutenant and was appointed a drillmaster. At the close of the war, Wise was appointed adjutant, a first lieutenant, to the artillery commander in Richmond, and he carried Gen. Robert E. Lee’s final report to President Jefferson Davis before the surrender. His last act was to join Gen. Joe Johnston’s army in North Carolina, where he surrendered with the rest. After the war, Wise graduated from the University of Virginia with a law degree, married and set up a law practice with his father. He was a member of the VMI Board of Visitors and began a number of ventures into politics. He lost elections to the Virginia Senate, the U.S. House of Representatives and governor of Virginia. Later, Wise was appointed as district attorney for Eastern Virginia and was elected for one term to the U.S. Congress.

In 1888, Wise moved to New York City, as he disagreed with how blacks were treated in Virginia. He had been against slavery, and he became a Republican. He called slavery “a curse and a crime.” He was no longer welcome in Virginia. He took jobs as general counsel for the Sprague Electric Railway and Motor Company and later for the Edison General Electric Company. Wise began writing a number of successful books, including “Diomed,” “The End of An Era,” “The Lion’s Skin” and finally, “Recollections of Thirteen Presidents,” in which his friendship with U.S. Grant is a highlight.

Wise first met Grant in the lavatory of a sleeper car. They were cleaning themselves at a sink when Grant lit a cigar, and Wise apologized for speaking to him with familiarity. Grant was president of the United States at the time. Wise found Grant to be a very “genuine, direct and manly man.” They talked many times thereafter, and Grant expressed his admiration for Lee but thought Johnston to be the best among the Confederate commanders. Grant also had a soft spot for Col. Mosby, the Confederate guerilla leader, who became his good friend.

Wise’s most significant life event may have been his appearances in court on behalf of black suffrage. This former slave owner and Confederate officer tried in 1902 and again in 1904 in front of the U.S. Supreme Court to argue for black rights. He failed both times and the Supreme Court dismissed his attempt, pushing the issue back to Congress. It would be many years before African Americans truly had the right to vote.

Wise sent five sons to VMI and was among the great orators of his age. His last years were spent back in Virginia in Northampton County. He died at 66 and is buried in Hollywood Cemetery in Richmond.

Couper, William. The V.M.I. New Market Cadets: Biographical Sketches of all Members of the VMI Corps of Cadets who fought in The Battle of New Market, May 15, 1864. Charlottesville, VA: The Michie Company, 1933. 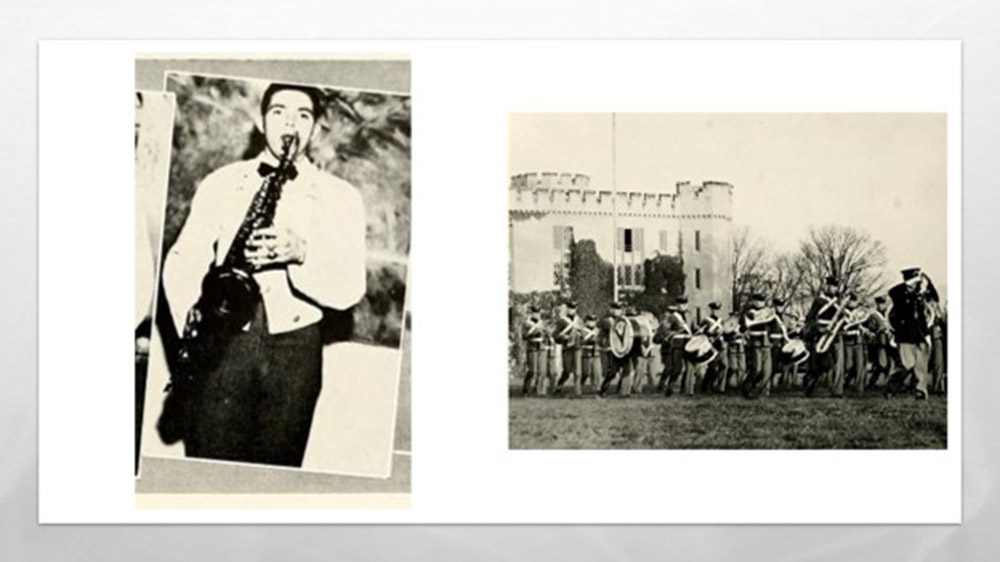