Where Are They Now?
1960 Bayliss Scholarship Recipients Flying High Class scholarships are a way for classes to leave a legacy. Sometimes, these scholarships memorialize a class member. Brother rats come together in different ways, and for different reasons, to begin scholarships. The result, though, is the same: Directly impacting VMI cadets.

The Class of 1960 came together to make a class scholarship around the time of their 50th Reunion—though the idea didn’t actually begin as a scholarship.

The class lost one BR in Vietnam, U.S. Air Force Capt. Paul M. Bayliss ’60. After graduation, Bayliss joined the Air Force. By 1966, he was a pilot with captain’s bars, flying modified T-28s in missions against the Ho Chi Minh Trail. On Nov. 7, 1966, Bayliss’ aircraft was hit by enemy anti-aircraft fire, and he was killed. He left behind his wife, Reba, and an infant son, Patrick, whom he had never seen. Howard Moss ’60 floated the idea of purchasing a plaque for Bayliss to be displayed in Memorial Gardens. The class embraced the plaque idea, with a few members offering to cover all the costs. Moss, however, had a different idea—he wanted the whole class involved. A minimum donation, or subscription, was set. BRs who hadn’t surfaced in years sent in funds. The plaque was soon paid for at least twice over. “We were oversubscribed,” said Bolling Williamson ’60.

From this abundance, class leadership decided to make a scholarship honoring Bayliss. The scholarship was intended for an Air Force ROTC cadet who would become a pilot. With a little time and steady infusions from various BRs, the fund grew.

In 2015, the Class of 1960 awarded the first Captain Paul M. Bayliss USAF 1960 Memorial Scholarship to then-Cadet Tiffany Haines ’15. In coordination with the commanding officer of VMI’s Air Force ROTC program, the class has awarded the scholarship in each successive year. Including Haines, six cadets have been awarded the scholarship: Andrew Day ’16, Tristan Silverstorf ’18, Charles Remig ’19, William Neikirk ’20, and Cadet Travis Roome ’21.

In spring 2020, the Class of 1960’s in-person reunion was canceled due to COVID-19. The Alumni Association offered virtual reunions. Each class had a little something extra, personalized for their class, in the reunion program. For 1960, this was an update about their scholarship recipients. From 2nd Class cadets to pilots and commanders, the young recipients are making their benefactors proud.

Day, who is also stationed at Dyess Air Force Base, is flying the B-1. Out of the cockpit, he’s gotten married, and the couple has one son.
Silverstorf is stationed at Seymour Johnson Air Force Base, North Carolina, where he is learning to fly the F-15E. Since graduating from VMI, he’s completed specialized undergraduate pilot training; the Fighter Fundamental Course; Survival, Escape, Resistance, and Evasion training; and water survival training.

Remig is at Vance Air Force Base in Enid, Oklahoma, where he is working 12-hour days, learning to fly the T-6 in the Air Force’s Undergraduate Training Program. The long days are tough, but he had good preparation. “I’m more thankful for my VMI experience every day, as I’m no stranger to 12-hour days filled with training events—even the occasional ones that pop up with very little warning,” he said. Echoing what many other pilots say, he continued, “This is the best job I’ve ever had or could ever ask for … and you couldn’t pay me enough to do anything else.”
Neikirk is scheduled to attend UPT in May 2021, and Roome is scheduled to graduate the same month.

Many classes have come together and organized a scholarship—several to remember a gone-but-not-forgotten brother rat. To see if your class has organized one or to see other ways you can impact VMI, go to vmialumni.org/give or call the VMI Alumni Agencies at 800-444-1839. 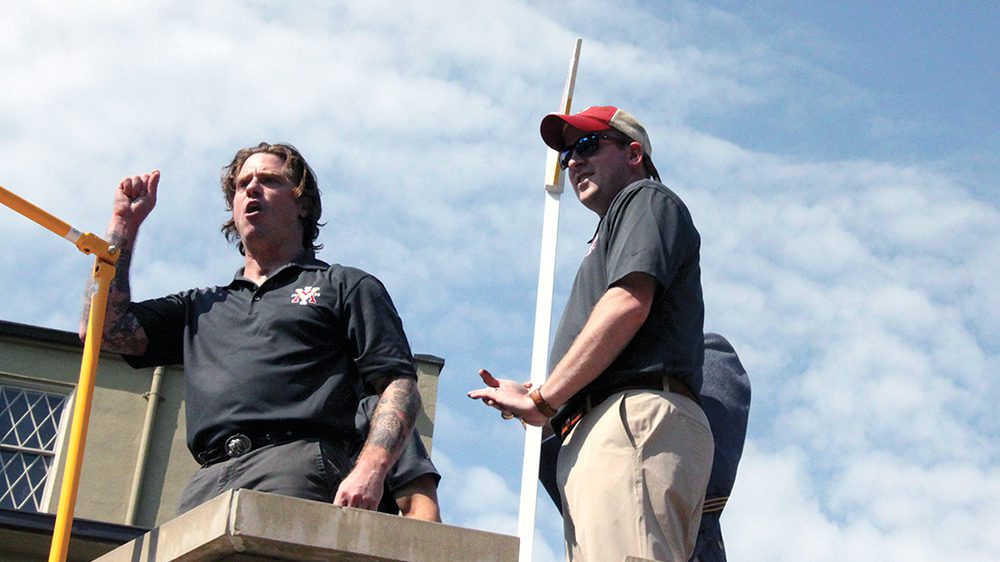