At this especially significant Founders Day, the Corps of Cadets, along with faculty, staff, and special guests, joined together in Cameron Hall to honor the Institute’s 14th superintendent, who served for 17 years, as a recipient of the New Market Medal. A portrait of Gen. Peay by artist Kyle Keith was also unveiled.

In recognition of his tenure as superintendent from 2003–20 and his tireless work on behalf of the Institute and Corps of Cadets, the VMI Board of Visitors voted unanimously at its September meeting to honor Gen. Peay.

It was only the 16th time the award has been bestowed since its introduction in 1962. Previous recipients include retired U.S. Army Gen. George C. Marshall, Class of 1901, as well as three Virginia governors; two U.S. senators; U.S. Army Lt. Gen. Charles E. Kilbourne, Class of 1894, the Institute’s sixth superintendent; and the most recent recipient before Gen. Peay, retired U.S. Air Force Gen. John P. Jumper ’66, former U.S. Air Force chief of staff and former president of the VMI Board of Visitors.

Maj. Gen. Cedric T. Wins ’85, superintendent, set the tone for the annual celebration of Founders Day. “This is a day to remember our beginnings and to look toward our future,” said Maj. Gen. Wins. “VMI continues to remain current while honoring the principles of our founding, training cadets to live a life of service and integrity that focuses on honor as a way of life. Today, in addition to remembering our founding, we are here to recognize an outstanding leader, General J.H. Binford Peay III.”

The superintendent also touched on the many changes that have occurred at VMI since Nov. 11, 1839, when the first cadet replaced the guard at what was then a state arsenal. What began as a vision by Col. J.T.L. Preston, the Institute’s 19th-century founder, has become the nation’s premier school for leadership education and one nationally ranked by a number of well-known publications.

But the Institute’s evolution over the past two centuries has not erased the foundation set by Preston and others who shared his vision.

“What is not and will not change are the foundational principles that our founders aspired to achieve: Training cadets to live a life of service and integrity that focuses on honor as a way of life,” Maj. Gen. Wins stated. “We are a senior military college graduating citizen-soldiers with the same mindset and foundation we all had when we graduated. Our founders are set to create a school deeply entrenched in a strong sense of civic duty and honor. That has not and will not change.”

"I never tire of being in the company of VMI cadets and swell with pride of what you and the Virginia Military Institute represent."

Thomas K. Norment Jr. ’68, a longtime state senator and current Senate minority leader, also spoke regarding the exceptionality of VMI graduates personified by Gen. Peay. “[VMI graduates] are exceptional women and men who daily demonstrate our leadership and vision in our communities, in our businesses, and in our military lives,” said Norment. “The man we honor today personifies that exceptional leader who is both a visionary and has the power and determination and convictions to implement those visions.”

The state senator called Gen. Peay a visionary who could also implement his vision, and his vision has been “incredibly successful.”

John Duke Anthony III ’62, Ph.D., president of the Class of 1962, said of his brother rat, “Peay is renowned for his emphasis on planning, preparation, pursuit, persistence, and perseverance. All those words begin with P, no pun intended.” When the audience laughter subsided, Anthony turned serious and addressed the cadets, “Why are you here? Why do you exist? When you awoke this morning, what went through your mind? What will you be? What have you been? What are you to become? What is it you would die for? You have a purpose with a service to others.”

Offering Gen. Peay as a model for cadets to emulate—a life spanning 56 years in uniform and centered around service, day in and day out, year in and year out—Anthony commended cadets to make service to others the goal of their lives.

At the conclusion of Anthony’s speech, Gen. Peay’s portrait, which will hang with those of other former superintendents in the Turman Room of Preston Library, was unveiled. Taking part were Gen. Peay; Thomas R. Watjen ’76, VMI Board of Visitors president; Blake Smith ’23, regimental commander; and Cameron Cavanaugh ’23, Class of 2023 president. The work, an incredible likeness of Gen. Peay, received a standing ovation. The Class of 1962 funded the commission of the painting, and the artist, Kyle Keith, spoke briefly before the portrait was unveiled.

In his remarks, Watjen stated that when Gen. Peay was superintendent, he kept the focus on things that mattered and produced leaders of the future. “He kept a relentless focus on three pillars: Academics, athletics, and military life.” Watjen also recognized Gen. Peay’s wife, Pamela, noting that she is an “unsung hero” and that she and her husband were a team. Watjen closed by reading a letter from Glenn Youngkin, Virginia’s governor, congratulating Gen. Peay and sending his best wishes, “Please know the gratitude I have for your unparalleled service to our nation, for the Commonwealth, and to the Institute.”

The last speaker was Gen. Peay, who, with emotion and humility, thanked the Board of Visitors for entrusting him with the position of superintendent, the staff who worked tirelessly for him, and the faculty who provided academic excellence. He offered many personal mentions of gratitude to individuals who brought energy, direction, and knowledge to the Institute over the years. He noted several changes that have happened over the decades, saying that some changes are just “a different way of doing things.” His admiration of the Corps of Cadets remains strong. “I never tire of being in the company of VMI cadets and swell with pride of what you and the Virginia Military Institute represent,” said Gen. Peay. 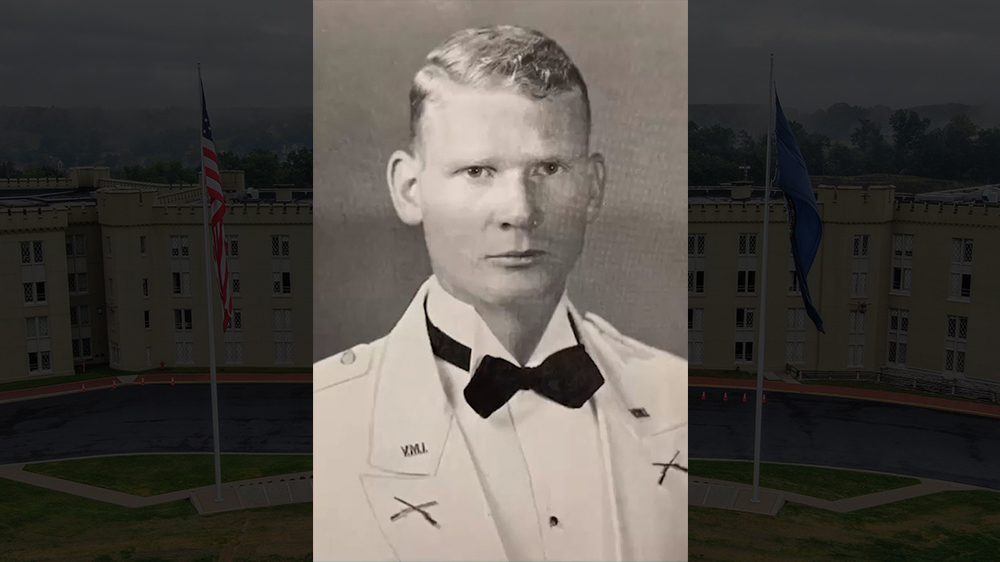