Josh Winder '19 became the third-highest draft pick in school history when he was selected in the seventh round by the Twins in 2018. Saturday night in Las Vegas, former VMI forward Stan Okoye ’13 played a part in Nigeria’s stunning 90-87 exhibition win over Team USA.

Editor’s Note: This article was published in the Richmond Times Dispatch on July 12, 2021 and reposted with permission.

There were no VMI athletics events during the weekend, but Keydets fans had two reasons to celebrate.

The 6-foot-5 Winder, who began the season as the Twins No. 12 prospect as determined by MLB.com., allowed a homer in one-third of an inning Sunday, when the National League prospects defeated the American League prospects 8-3. Being picked to play in the All-Star Futures Game ranks among the highest achievements for a minor leaguer, signaling a likely elevation to the big leagues at some point.

“He’s thrown a ton of strikes and missed bats. If we had to ask our pitchers to do two things, those would be the two,” Alex Hassan, the Twins director of player development, told St. Paul TV station KSTP in late June. “He really fills up the strike zone and strikes guys out. He’s pitched incredibly well this year and we couldn’t be happier with the work he’s put in.

“Josh has put himself in a great position. I think the impression for him really started in spring training, where he got some outings in front of the major league group and really opened some eyes. He’s done nothing but continue to impress this season.”

Winder’s appearance in the All-Star Futures Game came four days after he was hit in the neck by a line drive while pitching for the St. Paul Saints.

Team USA got together for the first time a few days before the exhibition, which is part of both teams’ preparation for the Tokyo Olympics. Nigeria’s players, whose national program included Okoye since 2013, had been working out together considerably longer.

The Nigerian team has seven NBA players and is coached by former NBA coach Mike Brown and hit 20 3-pointers against Team USA. Scoring 2 points in eight minutes for Nigeria was former Benedictine wing Michael Gbinije, who played at Duke and Syracuse, and for the Detroit Pistons during the 2016-17 season.

Okoye graduated from VMI in 2013 and as a senior was named Big South Conference player of the year after averaging 21.5 points, 9.4 rebounds and 2.6 assists. Okoye, from Raleigh, N.C., was the first player in Big South conference history to collect 2,000 points, 900 rebounds and 100 blocks.

Okoye and Gbinije have played professionally in several international leagues. 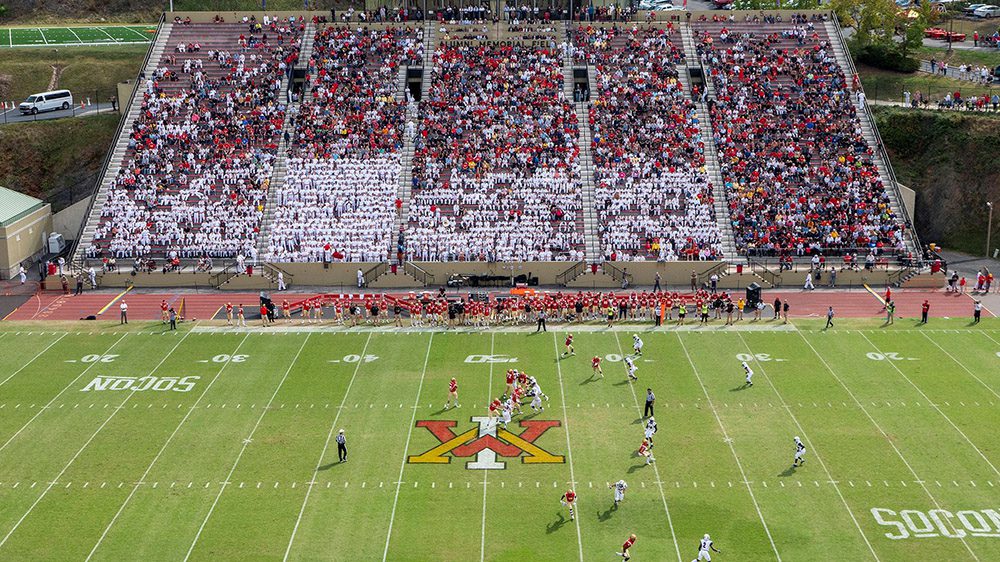