Matriculating from Newport News, Virginia, White was a stellar athlete in high school, lettering in seven sports. As a cadet, he continued to excel in sports. He played football all four years and was the co-captain of the 1964 team. As a baseball player, he was as capable as a defensive player as he was at the plate. Named to the All-Southern
Conference Team for three straight years for his play as a shortstop, he also led the team in batting. He would receive the Pres Brown Athletic Cup in recognition of his athletic prowess, and 10 years after he graduated, he was inducted into the VMI Sports Hall of Fame.

White did not limit his pursuit of excellence to the playing field, however. A civil engineering major, he was a Distinguished Military Graduate and was named to Who’s Who in American Colleges.

Commissioned as a second lieutenant in the field artillery after graduation, like many of his brother rats, White served in Vietnam. During his service, he received the Bronze Star, the Purple Heart, and five awards of the Air Medal.

In 1971, he returned to VMI, taking a job coaching defense for the football team. Applying his knowledge of the game and his strong leadership skills, he developed the cadet-athletes he coached into a formidable defensive unit that was highly ranked not only in the Southern Conference but nationally, as well. While he was on staff, the team won two Southern Conference Championships and a state championship.

In 1992, he left the Institute and became the athletic director of Patrick Henry High School in Richmond, Virginia. During the next six years, the school’s football team won 57 of 65 games, as well as five district and four regional titles. In 1994, Patrick Henry took home the trophy for the State AAA Division 5 Championship.

White returned to VMI in 1998, this time as the athletic director, a position he would hold for 15 years. During that time, White led the effort to develop a robust women’s sports program. Although there were only 160 female cadets when he began this work, VMI eventually established seven teams, including water polo. He also was responsible for moving conference affiliations for all sports, ensuring opportunities for meaningful competition for every team. In spring 2013, he was instrumental in VMI’s return to the Southern Conference. Under his leadership, the Institute also embarked upon a series of improvements in its athletic facilities to include the development of Foster Stadium. VMI also received the Big South Sportsmanship Award for six consecutive years.

As impressive as his accomplishments were as a coach and an administrator, what stood out to other people about White was his character, especially his ceaseless concern for other people. James H. Chapman III ’69, longtime member of the VMI Keydet Club’s Board of Governors and the organization’s president from 2005-07, recalled, “In all my years of involvement with VMI athletics and the Keydet Club, I have known few individuals who have had such a deep affection for his players, his coaches, his staff, and the Corps of Cadets. Both he and Bettie were always going out of their way to make all of them feel they were valuable additions to the Institute family.”

Gregory M. Cavallaro ’84, who was the executive vice president and later chief operating officer for the VMI Keydet Club, worked closely with White from 2000 until White’s retirement. He remembers White as “the consummate VMI man. He was a fierce competitor, outstanding coach, consummate educator, and true friend to several generations of VMI cadet-athletes and alumni. But most of all, he was one of the finest, most likable, and kindest people I’ve ever known. Together with the collaboration of our respective staffs, we raised the annual support for VMI athletics from about $1 million to nearly $3.2 million per year. His affable, can-do personality enabled the Keydet Club to thrive and engage so many in support of VMI athletics.”

In the Institute’s official announcement of White’s death, Maj. Gen. Cedric T. Wins ’85, superintendent, said, “Coach White brought a passion for many sports, a level of leadership and good sportsmanship, and drive to compete that hundreds of athletes, like myself, will never forget.”

Perhaps the best distillation of White’s character and his contributions to the life of the Institute came from Col. Thomas W. Davis ’64, author of “The Corps Roots the Loudest: A History of VMI Athletics” and longtime history professor. “If I were to reduce my thoughts about him to one word, it would be care,” said Davis, who also served as chair of the VMI Athletic Council. “Donny White cared. He cared about all cadets, not just the cadet-athletes. He cared about all coaches and all members of the athletic department staff. And he cared about the faculty and staff. All this caring meant he cared about the Institute and everyone connected with it, including alumni. Let us long remember his caring and try to care as he did.”

White is survived by his wife of 34 years, Bettie; four children; and 10 grandchildren. 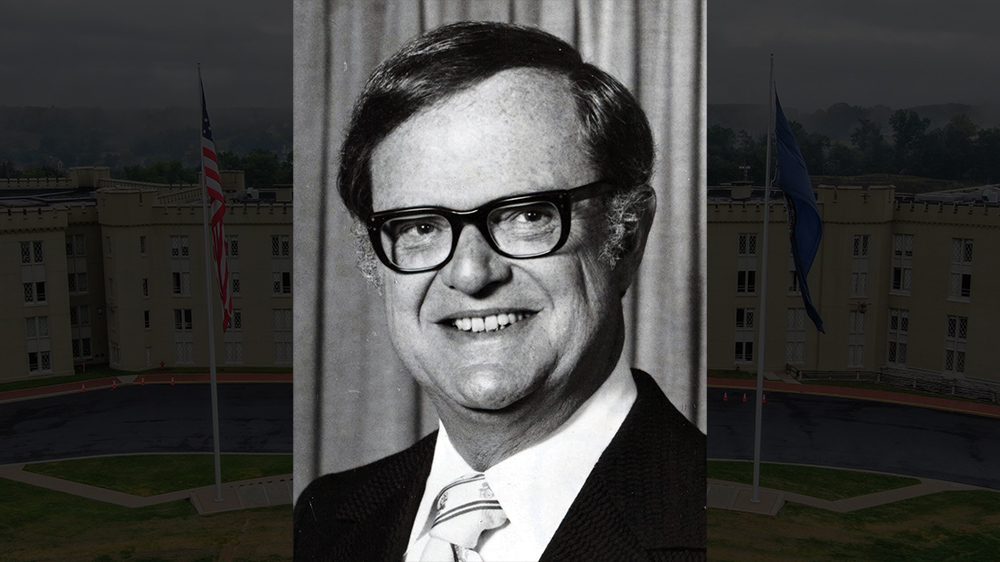